When I reflect back on the year of 2021, I am grateful for everything that I was able to accomplish.  As a single mother of 6, at the age of 38, I am now officially a homeowner. I was able to do it while working 3 jobs, 2 of them full time, and running my photography business. I did it on my own even though I had my best friend by my side. 2 years ago, I would've told myself that it was impossible but somehow within that time and with the support of my best friend, I shifted my focus and became focused on my goal. I was done with excuses.

My house hunting journey started in late August of 2020. We looked at over 50 houses. In September of 2020, I went under contract on a house. After 4 months, $1000 spent, And 2 denials, I was back to square one. There were at least 4 different houses that I had put an offer on. Even though each of them had different things I loved about them, those houses turned out not to be intended for me.

Even though I was anxious and eager to to find a house, I knew that I had to be patient for the right one to come my way. Fast forward to a year later, in late July/early August of 2021, the realtor, Jenny Hale, who I had used in the process of trying to get the first house reached out to me. She told me that she had found a house for sale right next door to the 1st house that I had put an offer on.

After going to look at it I knew that I wanted to try to put an offer on it. The closing process was a difficult one with my closing date being pushed back multiple times. My seller and I had multiple disagreements. I was so frustrated that I wanted to withdraw my offer a number of times and give up. I'm glad that I stuck it out until the end.

On October 14th 2021, I walked into closing with a cashier's check for my down payment. I have a sense of pride in knowing that I didn't have to borrow any of it from anyone. I had my four year old daughter, Treasure with me. Even though she didn't understand what was going on, I am so grateful that she was with me.

I took my camera with me to be able to capture this memorable milestone in my life. I am so proud to say that Treasure was able to take a few pictures of me using my camera while we waited for my realtor to resolve a last minute problem. Treasure will never know just how much I cherish those memories.

I had decided after putting in my offer on the house that I would not tell the kids about it because I didn't want them to be disappointed again.  After closing, I decided to keep it a secret and remodeled the entire house with the help of a lot of people. It took about 2 months to do. Even though I'm still not completely finished, I surprised the kids on December 7th 2021.

I feel as if this house was meant to be because I found out that the lock for the new home could be unlocked by my parent's home key. Somehow, the same key that I had been using for years while I stayed at my parent's house could also unlock my new home! That to me was more than just a coincidence and let me know that everything happened for a reason and at just the right season in my life. I am looking forward to what I will conquer in the years to come. 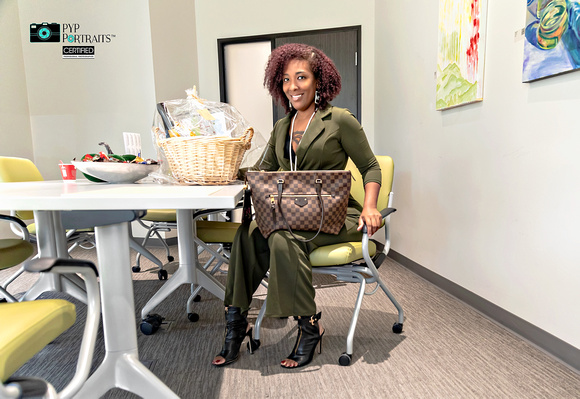 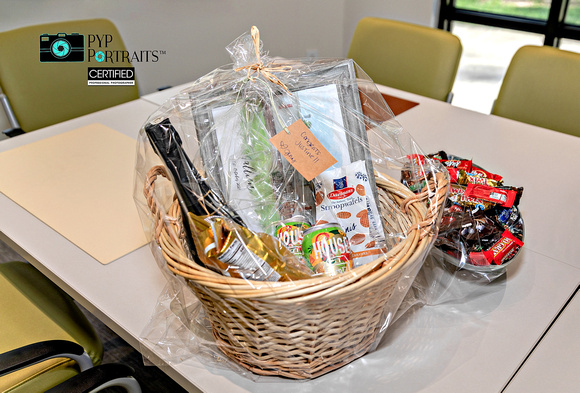 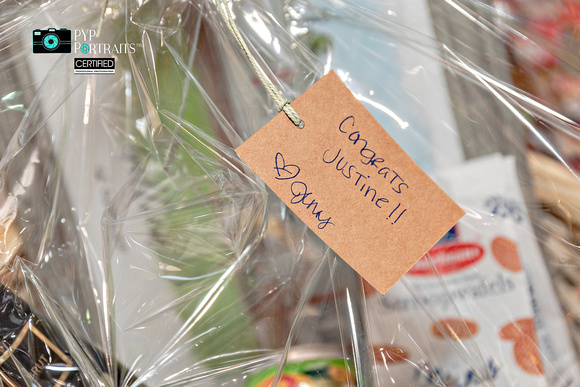 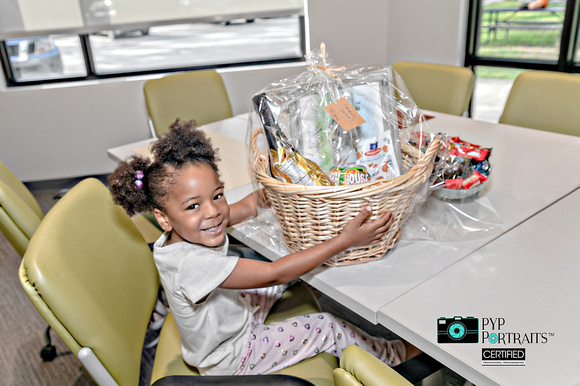 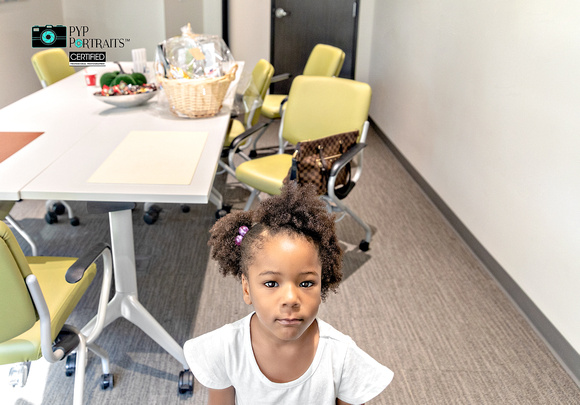 On April 10th-April 11th, The Professional Photographers Of Louisiana held its annual Spring Competition in Alexandria, LA at The Historic Bentley Hotel. It was another fantastic event that was filled with so much, fun, education, and excitement. There were several amazing workshops that were put together by some great Master Photographers. What I love about these events are that they give everyone the opportunity to practice what they are teaching hands on. I highly recommend that anyone in the state of Louisiana who has an interest in photography or is thinking about doing it as a profession to join this amazing organization. Throughout the year, they put on several other fun-filled educational events.

At The beginning of the seminar, a print competition always takes place. All of the members of PPLA get the opportunity to participate by submitting prints to be judged by Master Photographers. Master Photographers are photographers who have years in the business; they have also entered competitions and won numerous awards for their work.This is a great opportunity to learn a lot even if you don’t submit any images because you get to watch them critique all of the images to see what was wrong and right about the images.

This year, I was able to enter a full case of images into the Print Competition. A full case includes 6 images to be judged in the competition. Of my 6 images submitted, 3 of them were scored high enough to be Deserving Of A Merit and another one scored in the Excellent category! I also have one that was awarded First Place and The Judges Choice Award. Winning the JCA means that out of all of the 81 images that were submitted, mine was the favorite one in the Judge’s opinion! I am so honored and excited to have come home with a total of 5 awards for my images.

I am looking forward to our Annual State Convention (Southern Pro Xposure) in July where I will get the opportunity to submit my images again and win some more awards!

Shown below are the prints listed with their respective scores and awards. 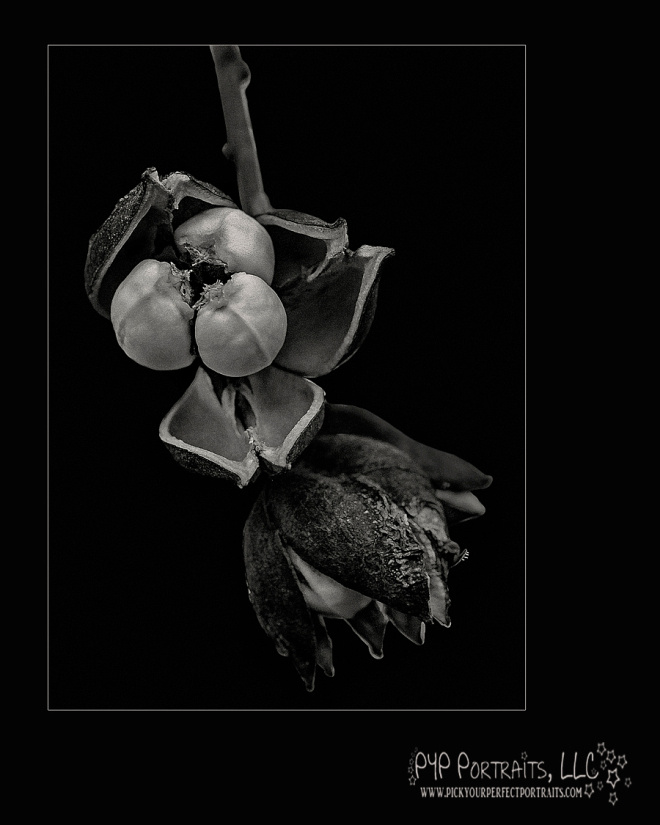 Coming Out Of My Shell Scored 86 putting it in The Excellent Category. 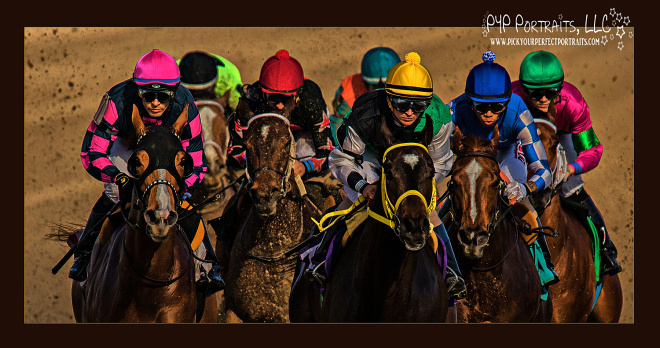 One Leg Up scored an 83 making it Deserving Of A Merit. It was also awarded First Place, The Judges Choice Award, and a Distinguished Print Award. 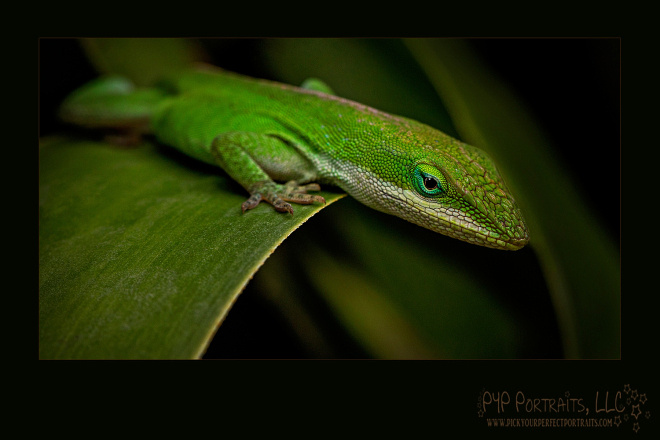 There’s No Place To Go scored an 82 making it Deserving Of A Merit. It was awarded with a Distinguished Print Award. 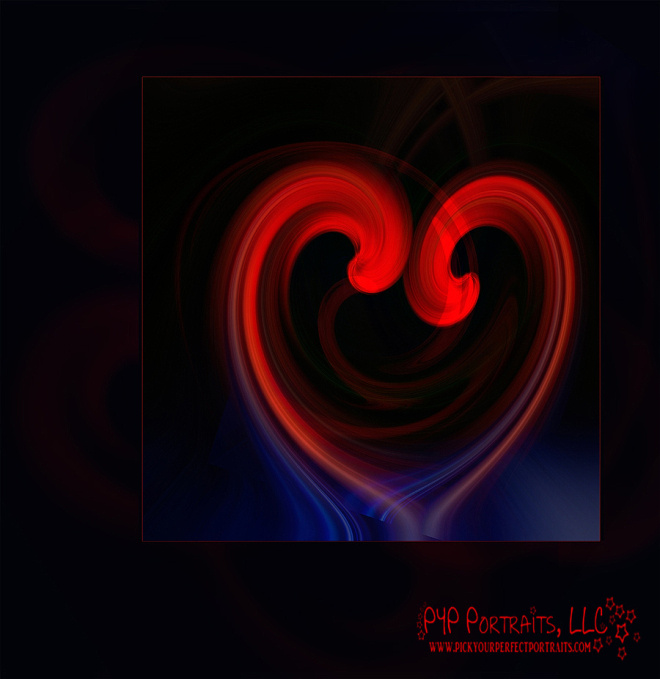 Depths Of My Heart scored an making it Deserving Of A Merit. It was awarded with A Distinguished Print Award. 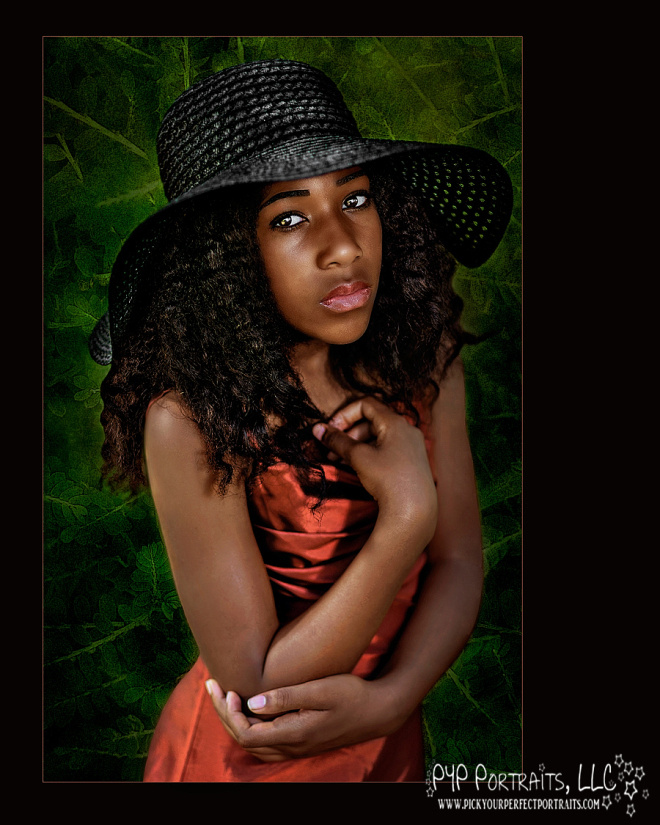 Intensity OF Innocence scored a 78 putting it in Above Average category. 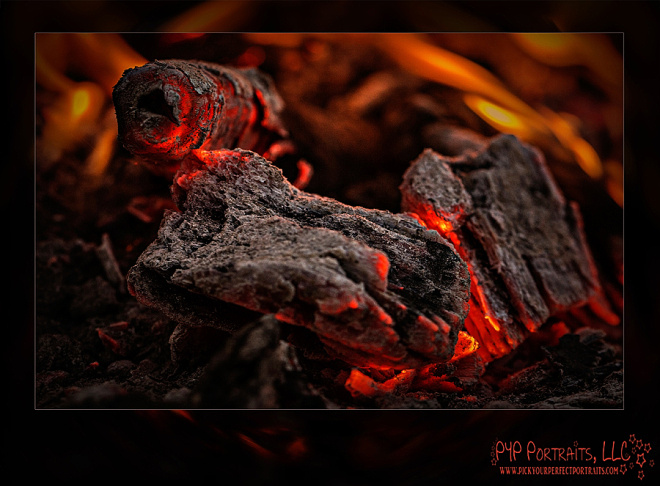 In The Heat Of The Night scored a 78 putting it in the Above Average category.

The Miracle of Life

While being pregnant can be a sometimes be a trying and oftentimes uncomfortable experience, there are moments when being pregnant feels so magical and thrilling that we never want it to end. It is a period of mixed emotions including joy, anxiousness, excitement, love, and longing. The feeling of carrying a little soul within you is magnificent. An expectant mother feels blessed because she knows that God trusted a her to grow a precious life inside of her. As the baby moves around in the womb, the mother wonders what he or she will be like. She longs for the day that her bundle of joy is finally in her arms. One thing she always knows for sure is that this baby will be loved unconditionally.

Anne Buchanan describes it well: “To be pregnant is to be vitally alive, thoroughly woman, and distressingly inhabited. Soul and spirit are stretched – along with body – making pregnancy a time of transition, growth, and profound beginnings.”

I have experienced this miracle myself a total of 5 times. I wake up everyday knowing just how blessed I am to have my five children. Because of this, it brings me joy to capture the beauty of other expectant mothers who are glowing and growing with the miracle of life inside them.

Taylor is a former client of mine who was expecting her first child. I am so glad that I was able to capture the beginning of her journey as a mother. Below are some portaits from her session.

I know. I have been away from blogging for far too long. Today is the perfect day to get back into it. March 21, 2015 was the day that this amazing couple celebrated their love for each other and pledged to God to always love one another. It’s been a year to the date that this wonderful couple exchanged vows and became one. I am honored that they chose me to capture their precious memories on their special day. It was a beautiful, football themed wedding ceremony. Everyone could feel and see their love for one another.

This couple truly scored a Touchdown of Love!

Over the year, I have come to know more about this couple. Sandra is a special, beautiful lady who I now consider a friend. It’s not everyday that photographers are blessed with great clients. They were patient with me when I had another job that took up the majority of my time and left me with only a little time to dedicate to my photography. I’m looking forward to one day soon seeing them again and doing a family session.

The portraits below are a few of my favorites from their special day.

May God continue blessing your union for many days to come!

My Sister Married Her Soulmate.

It was such a joy to photograph my baby sister marrying the man God designed for her. They have known each other for years as friends and were brought together spiritually by God’s timing.

I’ve photographed a number of weddings over my career and on occasion, I see a love that is pure and shines through so brightly. As you can see from the photos below and on the video that I designed, their love is strong and will keep them together for many years to come. 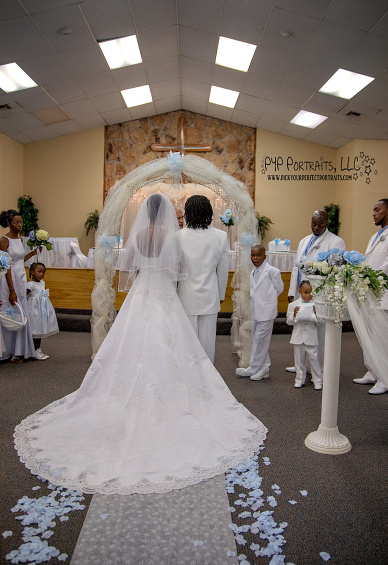 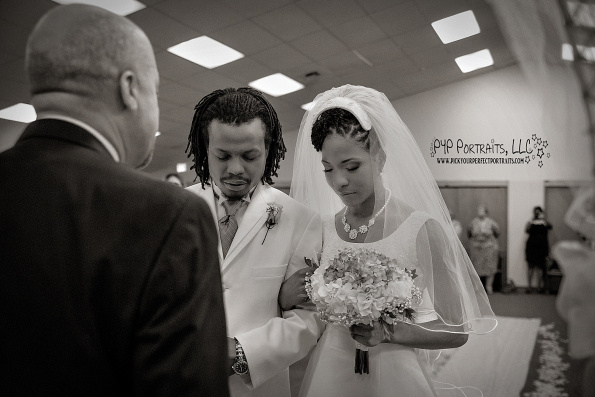 Praying For God To Bless Their Union. 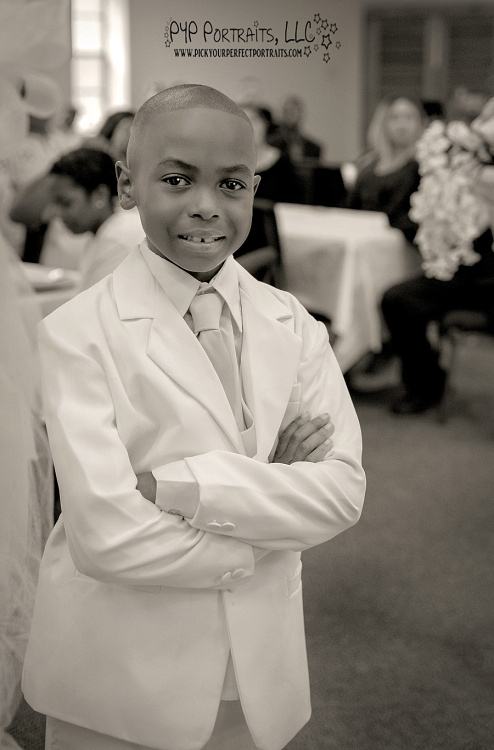 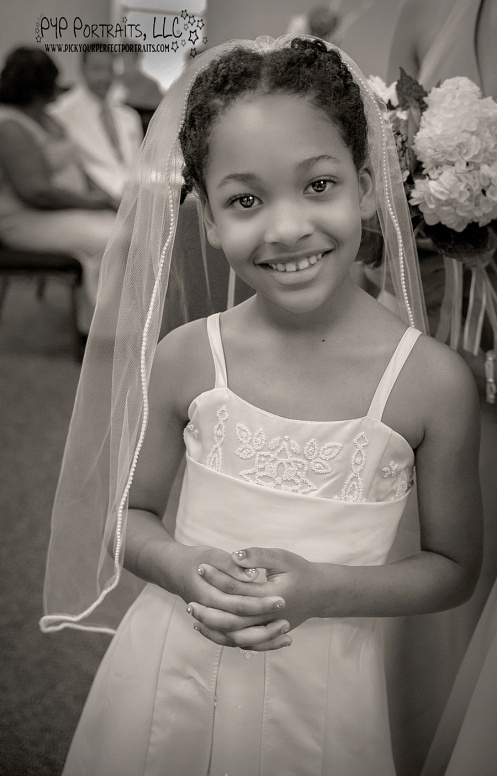 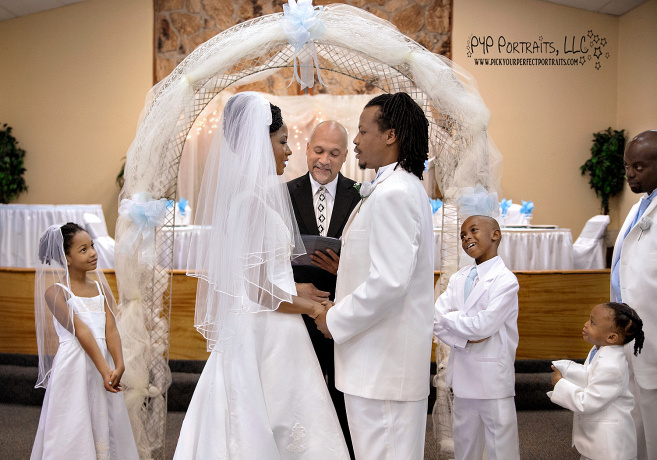 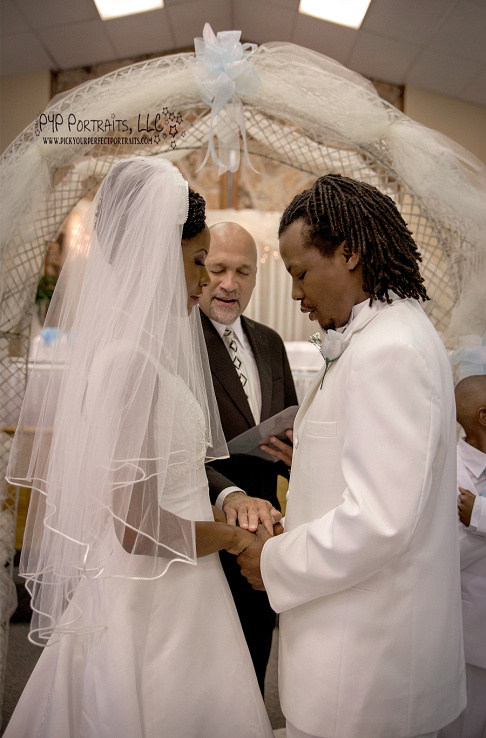 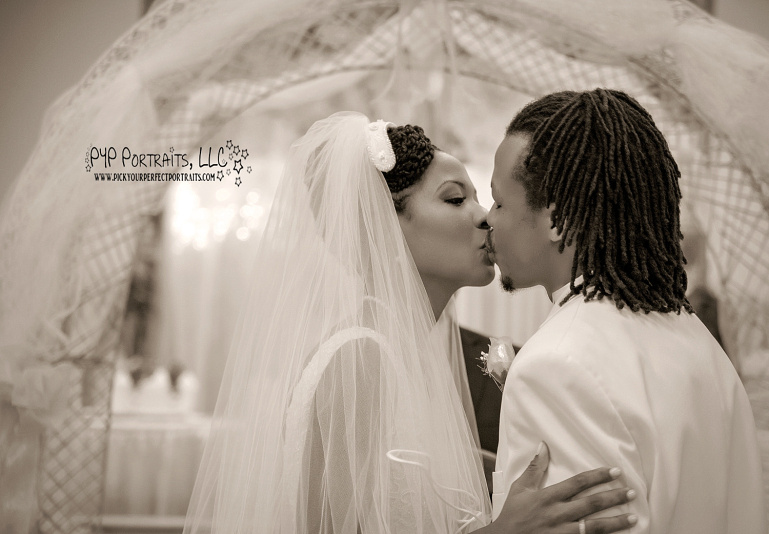 Sealed With A Kiss… 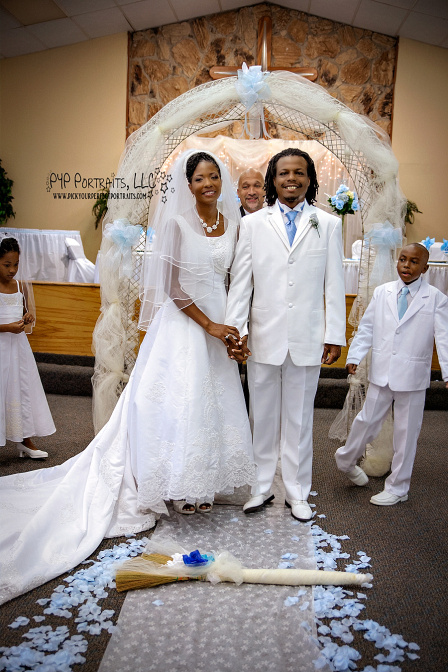 Getting Ready To Jump The Broom. 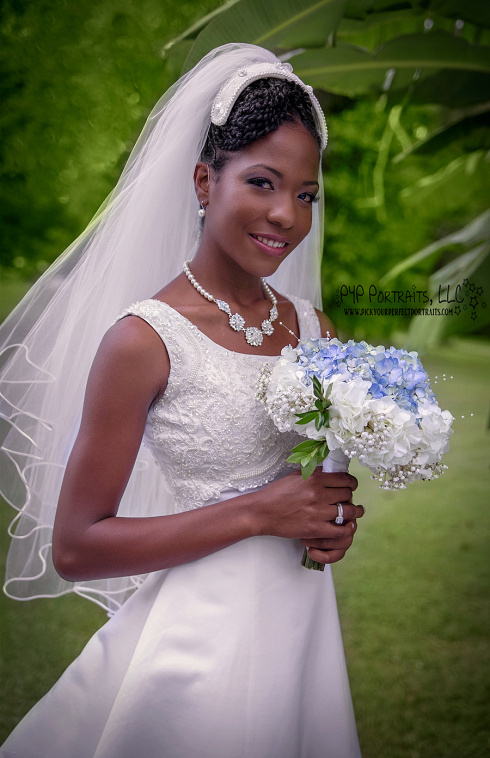 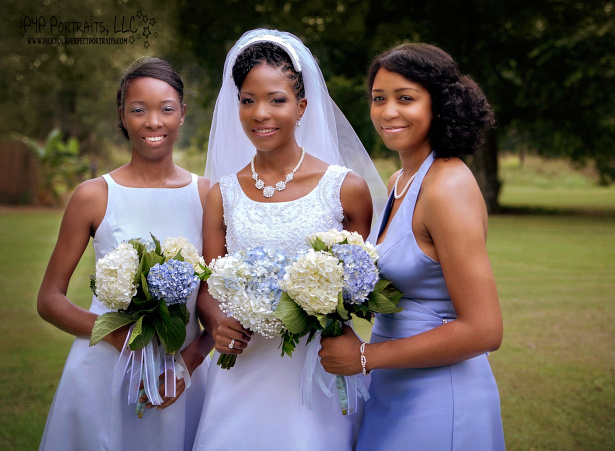 The Bride & Her Girls. 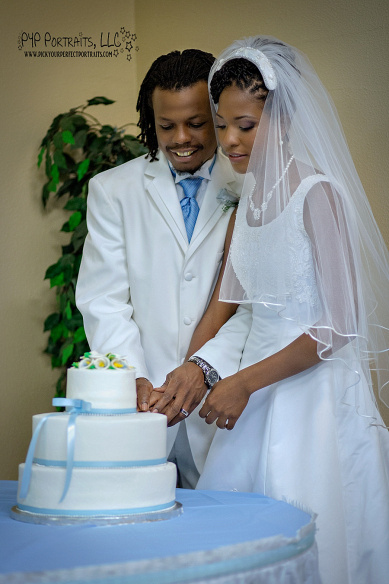 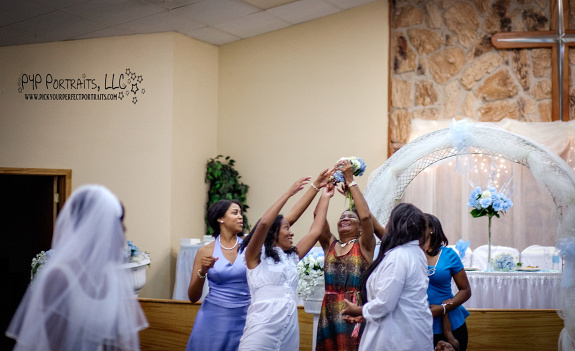 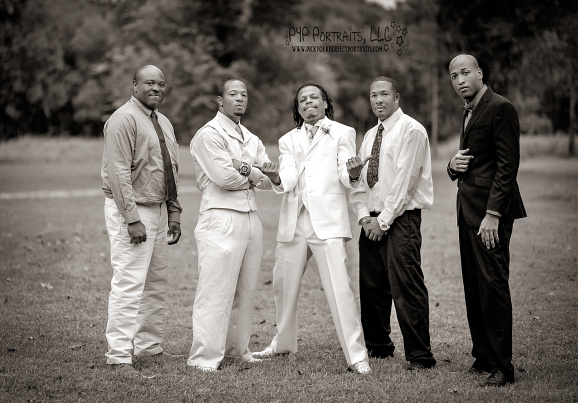 The Groom & His New Brothers. 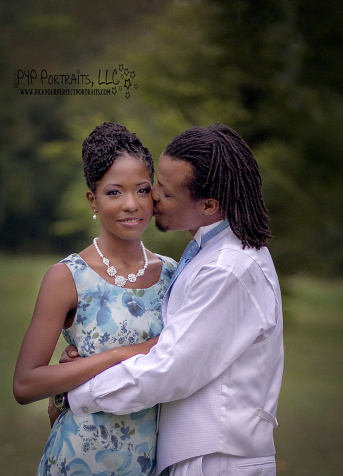 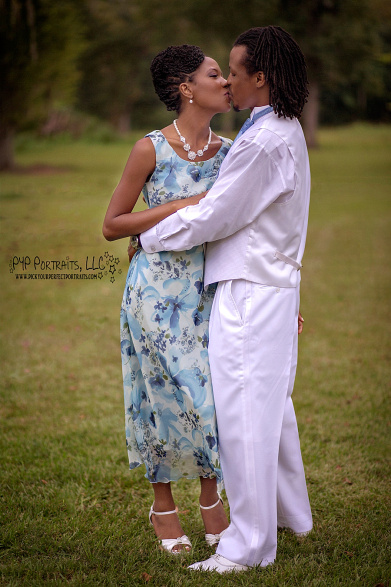 The Video Is Below, If It Does Not Load Click The Link.